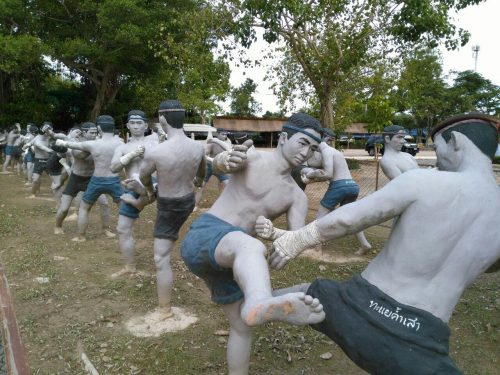 for organising our up coming events, ‘International Muaythai Festival’

We are welcome to invite everyone who interested in MuayThai and the great history to our event, you will meet an impressive moment with a memorial to warrior heroism.

Bang Kung Camp was once a navy campsite during the reign of King Taksin the Great. Following the second defeat of the Ayutthaya kingdom in 1767, the king relocated his navy to this campsite. A wall was built, making a temple, Wat Bang Kung, not only the spiritual center of the camp but also the physical center. As King Taksin the Great later ordered Chinese soldiers from various provicnces to guard the camp, the camp came to be known as Bang Kung Chinese Camp. A year later, Ayutthaya was successfully reclaimed, and the campsite was left deserted for almost 200 years before the Ministry of Education built a shrine to memorialize King Taksin the Great’s achievements.

Within the camp compound, there are some animals and ordination hall built in the Ayutthaya period and now covered with lush ficus. Upon arriving at the compound, visitors will also see a replica wall built to celebrate King Taksin the Great’s battle with invading forces.

Wat Bang Kung is located on the road that hugs the western bank of the Mae Khlong river six kilometres north of Amphawa. You could reach it by bicycle or hire a tuk tuk or motorboat in Amphawa to take you there and back, or you could make it part of a day trip that could also include Bang Noi and Tha Kha 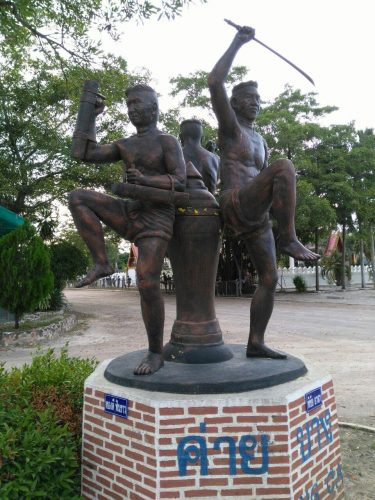 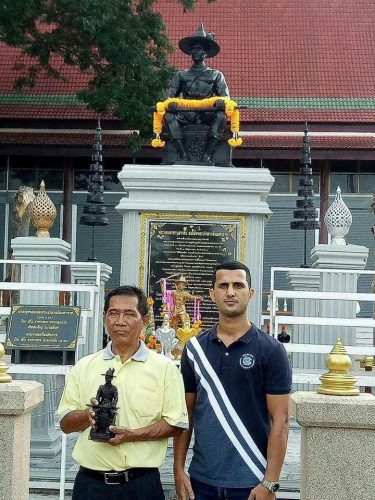