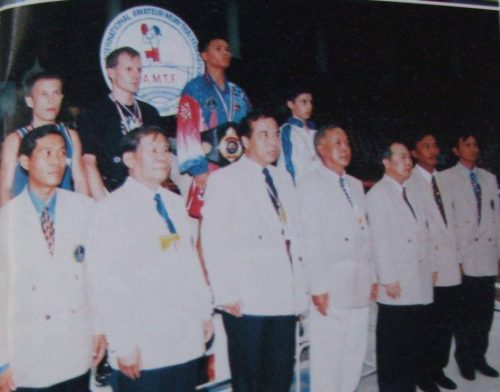 1994 was the year that Thailand celebrated the Year of the Preservation and Promotion ot Thai Culturs. As part of these celebrations the office of the National Culture Commission and the Department of Physical Education of organised the Wai Kru of Muay Thai at the Janyingyong Gym in the National Stadiiun. ThePresident o f the Ceremony was general Prem Tinsulanon, a member of the King’s Privy Council and a Senior Statesman of Thailand. He was so impressed with the success of this important day that he informed Mr.Kwang Robkob, the Director of Physical education and other important personages at he would like to see people from different countries from arounf the world coming to Thailand to experience and participate in this celebration of Wai Kru to and competitive Muay Thai.

It was this as much as anything why th e federation was Officially formed in 1994 by a unanimous decision of its Founder Members, who were a cross section of the most respected members of thai Society.

They included an Ex-Deputy Prime Minister of Thailand, General Tieanchai Sirisumpan, Civil Servants, Representaives of the Tahi Government Departments of Physical Education, the Thailand. Also involved were Heads of both the Tai Armed Forces and Police Department.

The auspicious occasion of the Inauguration Ceremony took place on the 5th September 1994 at the National Stadium in Bangkok, which was to become the IMTF’s Headquarters. But the seeds for the before. Member of this Group had notived with groeing concem, that many aspects of traditional Muay Thai were being “eaterred down” to suit prachtioners the “Ram Muay” Pre-fight Dance Ritual was not being performed. And it was not only in the West that this was taking place, but it even in this was taking place, but it even in its Home Land-Thailand, in some cased. Furthermore, the Art’s name was even changed in some countries in the Wast, to Thai Kick Boxing.lt was for these reasons and others that prompyed the Group into action, this was the catalyst fof change! But for this to happen there were cartain procedures which needed to be completed first, following the Rules, and Regulations of Thai Law.The Founder Members of the IMTF, who were later known as the “Executive Committee” made every effort from the very first instance to set-op the new Association in the correct manner, in keeping with the dictates and guidance of Thai Law. But this was to take several months, as they set about the task of getting Official Recognition for the IMTF.
All the steps necessary were completed except the recognition by the Sports Authority of Thailand, for reasons unknown and that we did not understand. 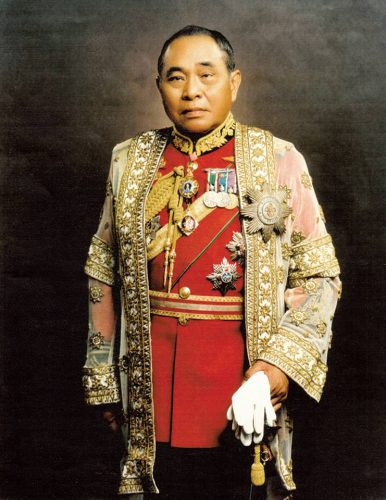 A ruling from the Thai courts is expected soon on this final step.
The IMTF however has continued to promote on an International basis the Traditional Art of Muay Thai, an Art which dates back to over 2000 years and which is the National Sport of Thailand.Since its inception, the IMTF Membership has grown to this present level of 102 Member Countries Worldwide, and is still growing in athletes & Muay Thai Trainees on every Continent. Many of these Member Countries have receives Recognition of Muay Thai & the IMTF by their Authonties & also their Olympic Committees 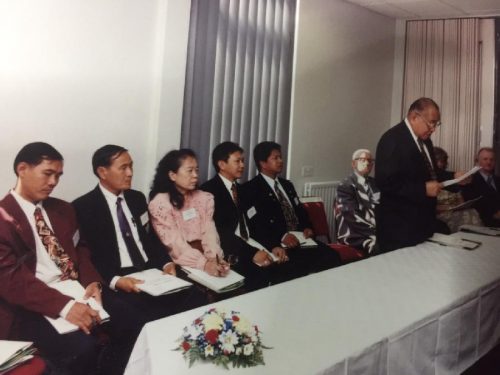 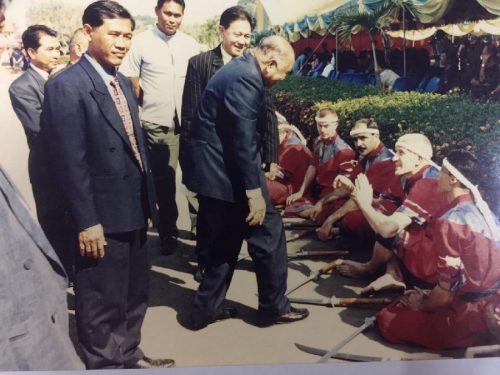